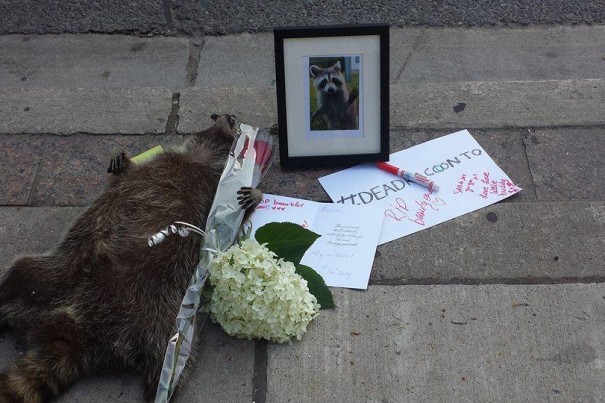 People in Toronto – and across Twitter at #DeadRaccoonTO – saw that unique, Canadian hospitality rise in mourning last week as an impromptu memorial sprung up in the streets after city workers took their time coming to pick up a dead raccoon.

Check out this link from Bored Panda for complete coverage of this inspiring tail…
http://www.boredpanda.com/dead-raccoon-memorial-shrine-mourning-deadraccoonto-toronto/

It’s the classic story – man registers walmart.horse, man puts up photoshopped image of Walmart + Horse, Walmart sends cease and desist letter because its lawyers are paid $700/hr to not recognize a great joke when they see one…

Why Is Walmart Upset with a Guy for Photoshopping This Picture of a Horse in Front of One of Its Stores? 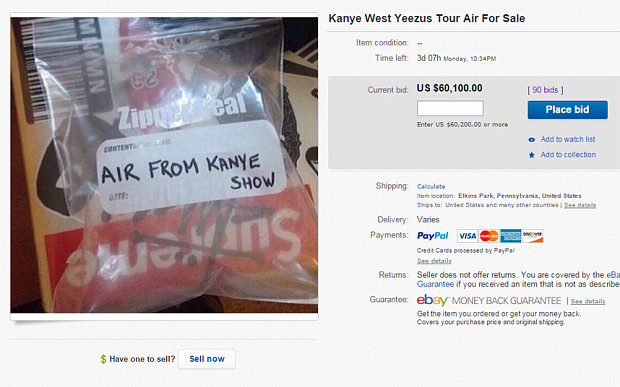 Screenshot by The Telegraph

Too much human poo on Mount Everest, says Nepal

“The more than 700 climbers and guides who spend nearly two months on Everest’s slopes each climbing season leave large amounts of feces and urine, and the issue has not been addressed, Ang Tshering told reporters.”

“Apparently short for “Krispy Kreme Klub Wednesdays,” the store responsible for the sign says they didn’t realize the initials had already been taken another, more famous KKK, until Facebook fans pointed out the unfortunate similarity.”

Comcast now just calling its customers assholes to their faces
Comcast has adopted the sort of sly ribaldry beloved of Chaucer, Rabelais, and seventh-graders, changing the name of a customer to “Asshole Brown.” 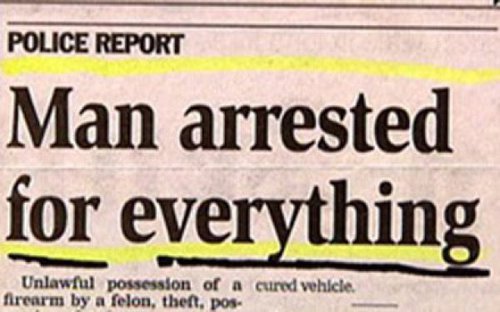 “About 2,000 traffic enforcers who will be on duty during the 15-19 January papal visit will be required to wear adult diapers, the Metropolitan Manila Development Authority chairman, Francis Tolentino, said.

Tolentino also encouraged people who will wait for hours to see the pope to also wear diapers.”

“Some parents say the toy was too phallic.”

I salute the designers who somehow managed to get this Play-Doh icing maker past their bosses. http://t.co/cRCnsEMmmo pic.twitter.com/0aQMtJS9Wi

Maybe they were just trying to appeal to a new, ahem, demographic???

Federal employees at the Environmental Protection Agency have been instructed to stop defecating in the hallway of a regional office in Denver, Colo., according to an internal e-mail obtained by Government Executive.

In a staff email earlier this year, Deputy Regional Administrator Howard Cantor warned of “several” inappropriate bathroom “incidents” in the building, including paper towel-clogged toilets and “an individual placing feces in the hallway” outside the restroom.

I don’t know the specifics, but as a general rule I think this is probably a pretty fair request around the workplace! Probably just a few crappy employees who need to be flushed out… 😯